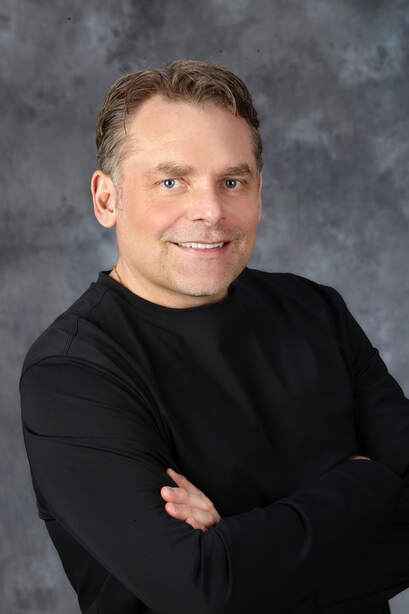 November 11, 1965 Yorkton, SK - September 20, 2020 Cochrane, AB
It is with heavy hearts we mourn the loss of our faithful servant of God, Adrian.
​
On September 20, 2020, at the age of 54, Adrian passed away peacefully at home with his family by his side.
Every step of Adrian's journey with Glioblastoma Multiforme Brain Cancer was met with courage, strength, positivity, faith and the willingness to never give up.

Adrian is survived by his beloved wife of 30 years, Connie (nee Phillips), his two beautiful daughters Taylor (Dave) and Morgan (Troy). Brother Andy (Judy) Sakundiak, Calgary AB, sisters Anna-Marie (Gordon) Moellenbeck, Englefeld SK and Angela (Dan) Frey, Brooks AB and many cousins, nieces and nephews.
Predeceased by his parents Susan Sakundiak (2001) and Ben Sakundiak (2008).
​
Adrian was raised in Springside, Saskatchewan, where he grew up loving hockey and would later go on to play in the SJHL for the Yorkton Terriers and Estevan Bruins. Adrian also played for the University of Saskatchewan Huskies while attending the University. Adrian’s name was very well known in the hockey community, as he still holds team and league scoring records for the Estevan Bruins and the SJHL.

Adrian graduated from the University of Saskatchewan with multiple degrees. A Bachelor of Arts in Economics, a Bachelor of Commerce in Health Care Management, and a Masters of Business Administration (MBA) in Business Strategy. As well from the Canadian Association of Management Consultants Adrian received his Certified Management Consultant designation in 2004 passing with honours in Management Consulting and had the top mark in Alberta and fifth overall in Canada on the comprehensive final (CAMC) exam. ​

Adrian’s professional career covered a lot of ground, first in Leoville, SK. where Adrian was the CEO of the Leoville Union Hospital, and where Adrian and Connie started their family. He was then the CFO of the Parkland Health Region in Spiritwood, SK. and would later go on to be the Director of  Finance & Planning for MD Ambulance in Saskatoon, SK. A move to Calgary in 2001 came as a result of Adrian’s next position - a Consulting Manager and Associate with Deloitte for the next 3 years. In 2004, Adrian was the Executive Vice President for The Brenda Strafford Foundation in Calgary. 2 years later, he became the Vice President of Performance Management at Online Business Systems. In 2010, Adrian made the decision to start his own consulting company, 20/20 Management Consulting Inc. Adrian spent the next 9 years contracting through 20/20 with various companies across Canada. From being a Strategic Implementation Partner in Data De-Identification Solutions with Privacy Analytics, a Project Director with Privacy Analytics, as well as various positions within Alberta Health Services. Adrian was also a Director for the Canadian Institute for Health Informations (CIHI), while at the same time being the CEO of Spray Lake Sawmills Family Sport Centre (SLSFSC) in Cochrane.

While his career kept him busy, Adrian was also an amazing family man who was very active and always enjoyed travelling. If he wasn’t playing hockey, you could find him in the gym, or on the golf course. He spent much of his time traveling to Phoenix or Maui with Connie, as well as his daughters and their boys whenever they could join.
​
Due to the coronavirus regulations, a private prayer service and funeral will be held at St.Stephen Protomartyr Ukrainian Catholic Church in Calgary.

For donations to St. Stephen Protomartyr Ukrainian Catholic Church in memory of the servant of God + Adrian Sakundiak, please choose one of the following options:
​INTERAC E-TRANSFER:  Send your donation electronically from your online banking account to the parish office at office@protomartyr.ca. Please provide the office with your name and address if you are not a parishioner, for tax receipt purposes.                                   4903 – 45 St. SW
Calgary, AB  T3E 3W5